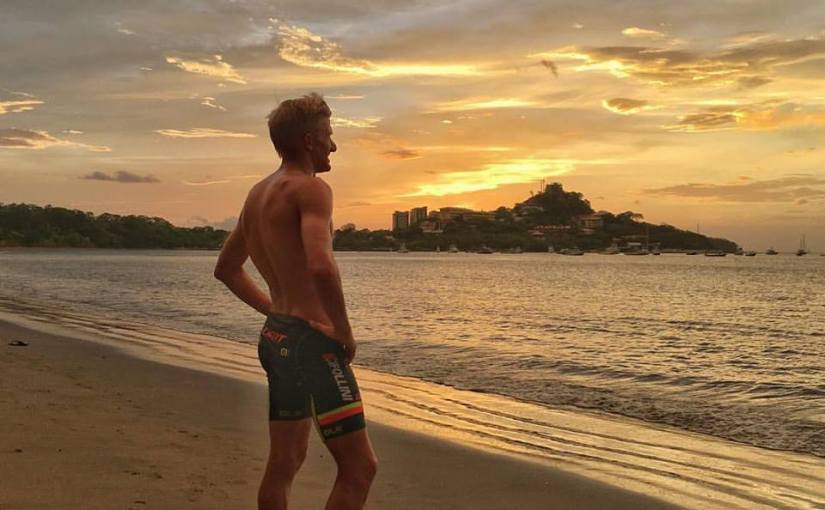 The Hungarian athlete Gabor Faldum who races in Italy for the PPRTeam tells us about his life as a pro, always traveling around the globe, training at home and abroad and racing in the circuit of the World Cups and in the World Triathlon Series.

He has been training since 2012 with the Hungarian former professional triathlete Peter Bajai, who raced in the French Grand Prix and in the World Triathlon Series events. Now, Peter has chosen to be a coach and trains many Hungarian athletes. The working day of Gabor starts very early, at 6 a.m. he is already in the pool for the swim session with a team of local swimmers, when at home. After that at 8 a.m. he prepares himself a well-deserved breakfast!

at 10 a.m. his second training session which is always cycling with the scheduled workouts and, in the afternoon after a siesta, there is the running work session. His training days practically follow the sequence of the three triathlon disciplines in the same way which are to done in the race. When around the world to compete, the priority is that of finding a place where to swim and usually utilizes the travel as a period of rest also, because he needs to adapt to the different time zone of the country where he is doing the event. Before the competition the workouts are shorter but more intense and strenuous.

Right now he is focused on Olympic and sprint distances of the World Cup and WTS circuits and since he is trying to keep the 16th position of the world triathlon rank overall, he does not think he will be able to prepare a 70.3 distance triathlon. Because of a back injury he started racing not in a perfect shape , however in the World Cup of Chengdu in China, managed in some way to finish eighth. Tonight he raced in the WTS in Yokohama and finished in 10th and after this wonderful performance he will go back home to concentrate on the WTS event in Leeds and the European Championships in Kitzbuhel. He thanks all his personal sponsors that believe in him: Mogyi, 575, Mizuno, Zone3, the Hungarian Federation and a particular appreciation goes to CIPOLLINI, DMT, PROLOGO and last but not least to the Italian PPRTEAM!

For more information about the activities of the Team please visit the website: http://www.pprteam.com